Welcome to the post where it is perfectly fine to be judging a book by its cover. It’s not meant to be the done thing but we all do it, because a striking cover draws us in. It’s the first impression we have of a book and it does stick in our minds whenever we think about it, especially if we are more visual people.

Considering I am a UK based bookworm, I don’t think I’m very biased when it comes to UK and US covers. However, we shall see.

I’m going to focus more on the paperback covers of books because I often find that we do have the same hardback covers so there would’t be much of a comparison. Anyway, let’s just get to it.

Also the US covers will always be on the left and the UK covers on the right.

An Ember in the Ashes by Sabaa Tahir

I’m not usually a fan of people on the cover of books but I think it works really well on the new US cover of an Ember in the Ashes and now I’ve seen it around, I do prefer it to the UK cover. I’m also loving the red, white and gold colour combination as if Laia (or however you spell her name) is rising and standing out from the ashes. I know a similar concept is going on with the UK cover but I think it is just that bit more striking on the new US cover.

Strange the Dreamer by Laini Taylor

Technically these are both UK covers as the US paperback uses the cover of the UK hardback, which I love so much. The moth is very detailed and ornate, and the dark blue and gold works really well. However, as much as I do adore that cover, I’m really loving the UK edition more as I think it captures the very ethereal, dreamy essence of the story, especially with the shadow around the edges and behind the moths. I feel enchanted every time I look at it.

The Bear and the Nightingale by Katherine Arden

Both of these covers are visually stunning and I love them both but the US cover truly captures the enthralling, wintery atmosphere that Katherine Arden creates in the story. As soon as I see it, I feel cold yet comforted by the golden glow of the house and Vasya. From the UK cover, I just see a pretty wintery design that I could see on the front of a chic-lit Christmas novel. It’s beautiful but it doesn’t evoke the same feelings.

And I Darken by Kiersten White

If I was looking at this book having not read it, I’d instantly go for the US cover due to the colour palette. However, I have read it and it is quite dark and tense which comes out in the UK cover. Saying that, I also see the strength and symbolism of Lada in the US cover because she is not letting her femininity (the flower) get in the way of power and success (the spear). I still can’t decide so I think this one will have to be a draw.

Salt to the Sea by Ruta Sepetys

I haven’t read this yet and all I know is that it is set in 1945 and based on a true story. Aesthetic wise, the simple blue and white of the UK cover is pleasing and pretty, but we’ve got a story that’s set just before the end of the Second World War which will have a lot of pent up feelings and harrowing experiences and I really feel that with the US edition. To me that simple image of shoes lined up in a row evokes thoughts of people lost, lives taken and the journeys they went on. I know if I saw that cover in a bookstore, I wouldn’t be able to take my eyes off it.

Wolf by Wolf by Ryan Graudin 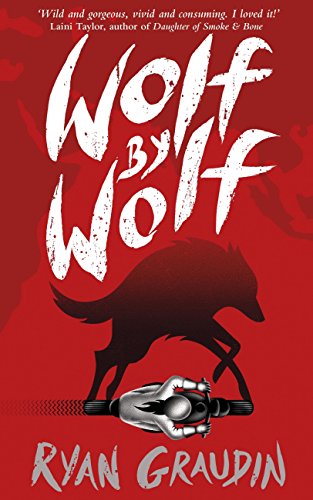 So these two covers are only different in terms of the colour palettes and the title font. The US cover really evokes the Nazi Germany feel where as I feel that the UK cover is more on the lines of the wolf imagery. They both have a lot going for them but I’m going to lean more towards the UK cover because I do prefer the white and red, and I think is more imposing and fearsome.

A Quiet Kind of Thunder by Sara Bernard

I’ll admit that I didn’t know what the US cover looked like until I put the title into my search engine and out it came. Wow. I really like the subtleness of that and the joining of two hands to make a love heart is beautiful considering how important British Sign Language is to both Steffi ad Rhys. I do like the brightness of the UK cover though and the sense that the title is falling down this heart-shaped tunnel which only Steffi and Rhys have access to. However, whilst the UK cover works well with the rest of Sara Bernard’s books, I’m more taken in by the simple beauty and subtlety of the US cover.

The Wicked Deep by Shea Earnshaw 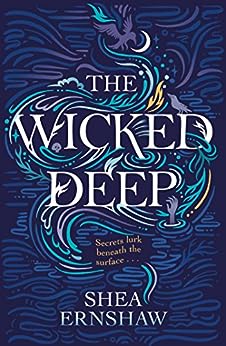 Both of these covers are gorgeous. One with the moon and the pentagram evokes the essence of witchcraft and the other highlights the sea, both important elements to the story. The thing is, I can’t decide which one I like more. Both colour palettes work really weak, the font is basically the same style although I can read it a bit better on the UK cover, and they’re both fantastical looking. It’s hard. I think I’m going to have to consider this one a draw.

Out of 8 books, the score between US and UK covers comes to 6:4, so the US covers are the winners.

So I didn’t intend for this to completely go the opposite way to what I was expecting, but that’s just the luck of the draw I guess.

Which covers do you prefer?

As always, thanks for reading and have a brazzle dazzle day!
xx