Whilst missing out British Sign Language, they’re all the ways I know how to say Hello!

It’s always one of the first words you add to your vocabulary when you learn another language and besides ‘good morning’ ‘good evening’ ‘goodbye’ etc, it is the most important. If you go to France, the first word you speak when meeting someone is ‘Bonjour.’ It’s seen as a sign of respect and an acknowledgement that you are recognised and you are recognising people around you. Even in England and you pass someone in the street who say’s ‘hello’, you smile and reciprocate the acknowledgement.

To bring the digression back to my point, every language is built on that one simple word. Learn ‘hello’ and you can fall headfirst into another language that may eventually be just as important to you as your mother tongue. In fact, I know it is. British Sign Language and French were introduced to me at such a young age that my knowledge and interest in them grew as I did. Even if you learn another language later in life, it still becomes second nature eventually.

So why am I rambling on about languages?

One of my personal goals for 2018 is to get back into my French and Spanish and use them as much as I do English and British Sign Language. I want to love them again, to feel proud of myself for knowing and speaking/writing them and to recognise that these languages are a part of me and that they’ve widened my worldly perspective. University, in particular, taught me a lot of different things about languages, of which I loved and loathed, but I can’t deny that as a whole, it had an adverse effect on my motivation and desire to carry on learning languages.

I want to change that, in fact, I’m determined to. I’ve had enough of losing aspects like languages that are important to me.

So how am I going to keep on top of them? 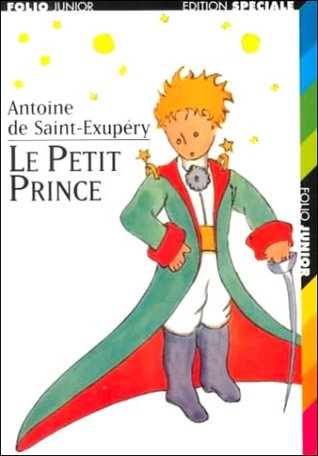 Whether that be from a book (original or translated), a short story from a beginner/advanced collection I downloaded onto my kindle, a newspaper, or magazine.

I’m currently on Le Petit Prince for French and this Short Stories for Beginners collection I found on my kindle for Spanish.  They work for me because I am starting from my lowest language level upwards. I might have forgotten how to conjugate a verb, form a sentence that’s grammatically correct, or not understand something I hear, but I have a knack of remembering what something means if I see it written down, even if it has been a few years. I’ll probably work my way up the French ladder more quickly but that’s just normal for me anyway as it’s my stronger language. 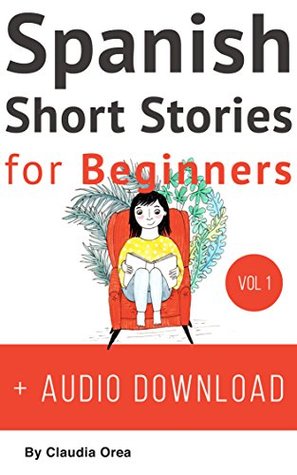 In terms of newspapers I’ve gone back to reading the online versions of Le Figaro and Le Monde, both popular French newspapers and those I was advised to read at school. Unfortunately I don’t know any for Spanish (Castilian, preferably) so if you do, any recommendations are highly appreciated!

Quite a few of my favourite tv programmes have a large international fanbase, so it is not a surprise to me that I can often find other language dubbings on my DVDs and sometimes online. If I want to relax and watch something for an hour during the day, it’s an ideal time to change the audio settings and continue learning a language. Of course I don’t do both French and Spanish at once because that’s too much – I’ll do French one day and Spanish the next. This will also give me a reason to use DisneyLife more because I noticed a while ago that quite a few of the films are dubbed in French and Spanish and have corresponding subtitles/closed captions!

On iTunes, the Coffee Break French and Spanish podcasts are near the top as some of the most popular of their kind. They are produced by the UK based company, Radio Lingua and provide lessons in French, Spanish and a couple of other languages in 10-15 minute bursts – simply put, lessons you could take whilst having a coffee break! I like them a lot as they’re fun, engaging and the two hosts speak very clearly. They’re also free, which is a bonus!

4. Social media chats with other language learners and speakers.

This is probably the most important aspect of language learning, and mine in particular, as practice does make perfect, and we can all learn from each other. I need to keep speaking and writing it because if I don’t, I’m never going regain my fluency and all the time I spent learning it at school and university is wasted.

These won’t work for everyone but they’re my way of using apps like Duolingo and Memrise without actually using them. What I like about doing grammar exercises is that they show me what bit of grammar I need to work on. I can also learn a little by reading and note taking, and then test myself to see if I’ve actually learnt it or not.

For French, I use:

In fact, you probably can’t go wrong with any language reference book by Collins as they have books suitable for beginners and advanced learners. They’re also easy to understand and follow, which is what you want in a grammar book. Available in paperback and e-book they’re arguably the most accessible out there!

I know these are ways that work for me, and maybe they’ll work for you if you are learning or want to keep up other languages. If they do, that’s great! If not, then it’s not a big deal because there are a variety of different methods out there and you just have to find the one that’s right for you. I know many people love learning languages via apps like Duolingo, Memrise, Babbel etc but I’ve tried them a few times and they’re not my cup of tea. I prefer being with a book and highlighting or annotating something because using pen and paper works better for me than moving words about on a screen.

Saying that, I also want to leave some more online resources down below that I have found useful in the past. Most of these will be for French, but if anyone does know any for Spanish, please leave them in the comments so myself and anyone else can check them out! Extra resources are always welcome!

Tex’s French Grammar – a grammar resource with exercises that follow a common theme.
Verb2Verbe – French and English verb conjugations (it is a godsend if you don’t have a verb book, and it is available as an app on most Apple products – not free but I believe it’s worth it).

With that I will say
merci pour lire et au revoir!
xx

4 thoughts on “My 5 Language Learning Activities.”