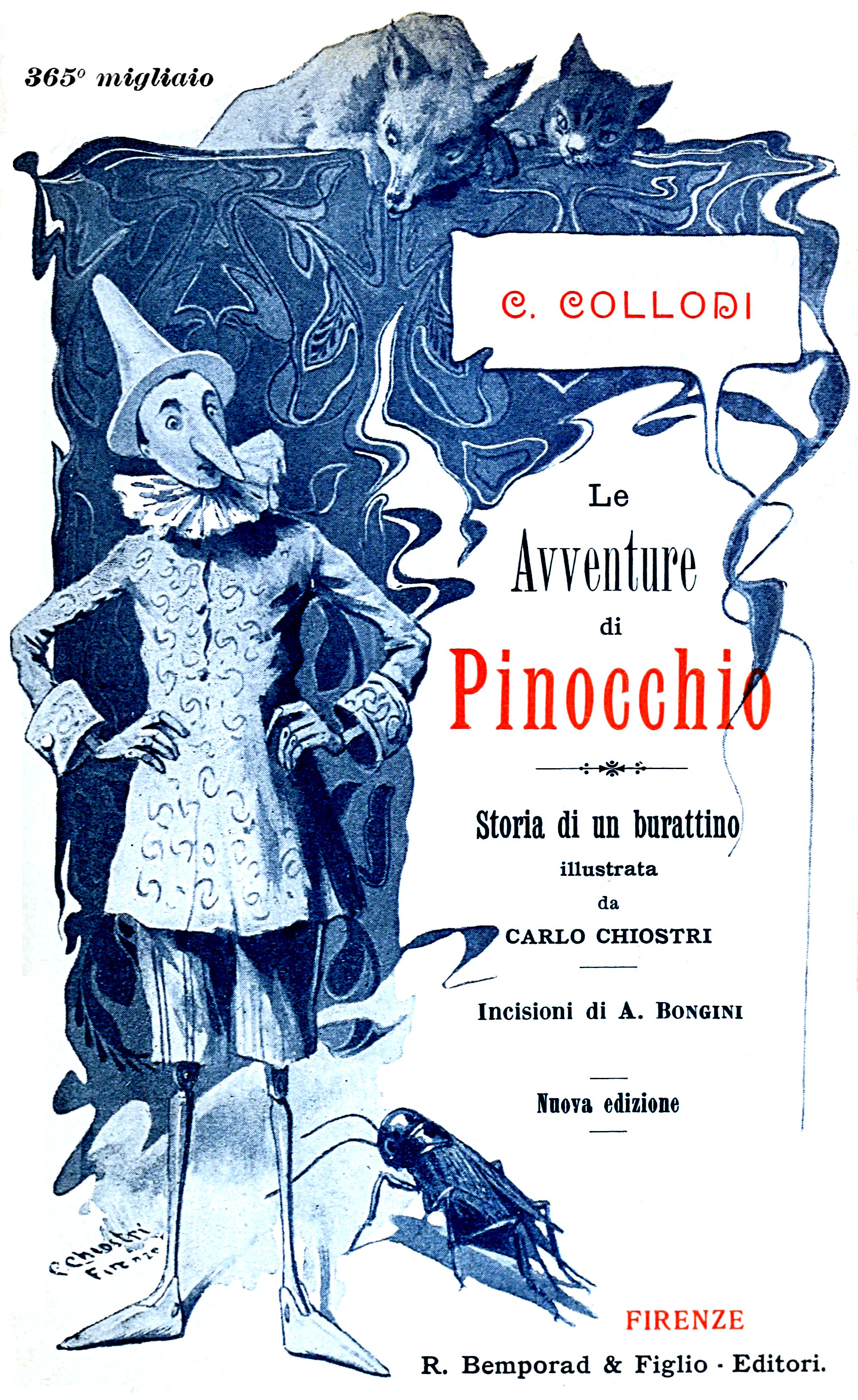 Le avventure di Pinocchio (The Adventures of Pinocchio) by Carlo Collodi was the original story from which Disney took inspiration for their hit classic feature film.

The first half of the story was originally a serial, published in the Giornale dei bambini (Children’s Magazine) between 1881 and 1882, as La storia di un burattino (The tale of a puppet). It was then later compiled as a children’s book in February 1883, recounting the mischievous adventures of Pinocchio, and his woodcarver father, Geppetto.

Nowadays it is considered to be an important literary classic and inspired hundreds of new editions next to Disney’s film, as well as the idea that one’s nose will grow after telling a lie. According to the Carlo Collodi National Foundation, it is has been adapted in over 260 languages, and that makes it the most translated non-religious book in the world, as well as one of the best selling books ever published.

So we know that this book was just as popular next to the film, so what details did Disney change?

That hanging scene was meant to be the story’s ending, Collodi hoping to convey the message that disobedient children could face grave consequences. However, his editor requested the story to be continued, and so the blue fairy comes in to save Pinocchio. Only once Pinocchio leans to care for Geppetto, does he get his wish and is transformed into a real boy.

Full of Tuscan influences, it is meant to be a story with important moral lessons – disobedience doesn’t pay, lying is imprudent, bad deeds will get you nowhere in the long-term, and that children who love and care about their parents will be rewarded.

Although Colloddi and Walt Disney had different ideas about what they wanted from this story, those morals are virtually the same.

Walt Disney threw out 6 months work because he felt that the original tale wasn’t working for him as a viable animated feature film and I understand that. Hanging a main character for his bad deeds is something that would have happened back in the 1800s, but not in the Twentieth Century when you wanted to appeal to a wider audience.

As a bookworm I’m usually all for reading the original stories behind Disney’s animated films, but this time I’m torn between whether I want to read it or not. When I read an original story, I also want to read it in its original language but the tiny bits of Italian I know do not stretch that for, and I often find myself wanting to deface my translated books with red pen when I find sentences that don’t work for me. There’s also often a loss of the original feel and context of the book when you read a translation.

Have any of you ever read the original story?
What do you make of it?