Two Disney legends have already been announced – Carrie Fisher and Claude Geronimi. This time, I would like to shed some light on the third legend in the line up who is Manuel Gonzales. 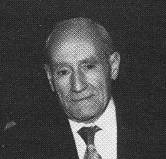 Born in Spain in 1913, he immigrated to America in 1918 via Ellis Island. He grew up in Westfield, Massachusetts, and later lived and went to art school in New York. One day in 1936, his father found a brochure on a telephone pole whilst walking back from work and gave it to Manuel. It invited artists to bring their portfolios to the Metropolitan Museum of Art for a job opportunity. Manuel went, had an interview and was hired on the spot. The Disney Studios hired him on the spot and two weeks later, he was working as an “in-betweener” animator on Snow White and the Seven Dwarfs.

He had never even heard of Walt Disney before then so I can imagine it must have been a great surprise to realise he was becoming a part of a film that would later change animation history.

Later on, he worked in the comic strip department and in 1938 he took over the illustrating of the Mickey Mouse Sunday page from Floyd Gottfredson. Apart from his military service interrupting his career, he carried on providing these illustrations until his retirement in 1981.

As well as the Sunday papers, Gonzales did several other works for Disney. He inked Donald Duck and Scamp dailies, illustrated newspaper comic adaptations of different Disney films like Song of the South, and illustrated some Disney books. 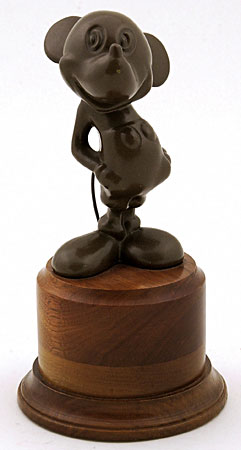 Throughout his career, he received two “Mousecars” personally from Walt Disney. These Mousecars were much coveted awards, given to the artists who had most significantly impacted the company’s success – a bronze statuette of Mickey Mouse in his trademark pose on a black base.

Walt even used to joke that Manuel had signed Walt’s name – which he would sign on every comic strip he’d draw – more than Walt had in his lifetime.

Again I like that Disney is honouring some of the animators from the beginning days of the Studios. It’s appreciating all the work that they did and I think a Disney Legends Award would be a great addition to Gonzales’ Mousecars, no matter how posthumous it is.