Welcome back to Through the Decades, the series I started a while ago now, chronicling important aspects of the Walt Disney Studios from its inception all the way up to present day. With the way I’m going about it, it will take me a long time to get to modern-day Disney because I’m still stuck in the 1930s.

Anyway, there are reasons as to why I’ve not been keeping on top of this series but hopefully today’s post will give me the motivation to get my act together and carry on as I do like researching all the Disney history. 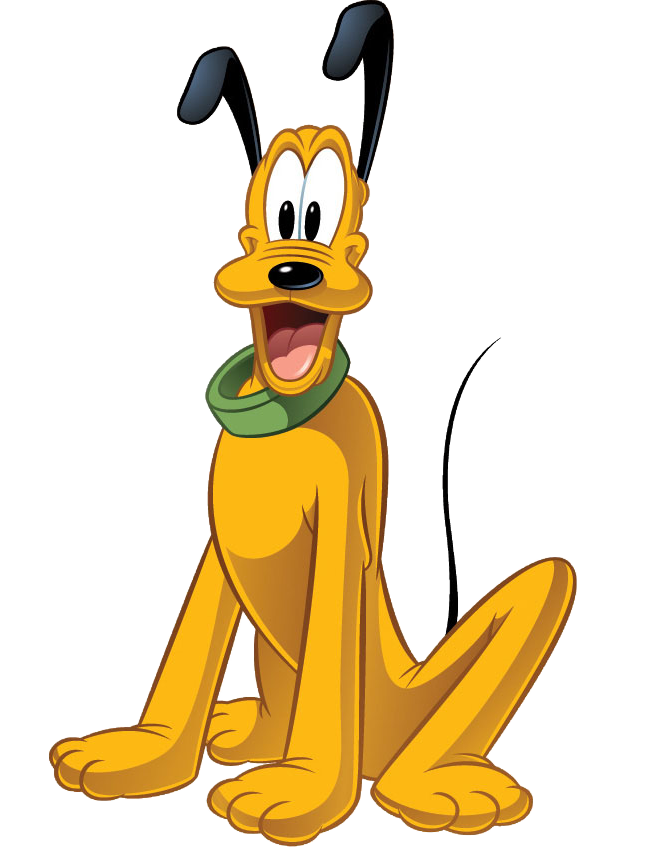 Pluto caught his first ever break in the 1930’s short film, The Chain Gang, but didn’t belong to Mickey Mouse, or have the name of ‘Pluto.’ In fact, during the film he was a bloodhound on the scent of Mickey Mouse after he escaped from capture. Hmm.

In terms of ownership, he was known to be Minnie’s pet, but that all changed after the release of ‘The Moose Hunt‘ in 1931.

Ever since then, he has been Mickey’s best pal.

Compared to all the other characters in Mickey’s world, he is very unique because he is not anthropomorphic, apart from showcasing a broad range of facial expressions. He is represented as a normal dog, although when we see him out and about in the parks, he does stand and walk around on two feet.

He is also considered to be one of the first Disney characters to break out of the “rubber hose and circle” formula style the studio had relied on for their animation – the dog’s design gave him the appearance of actually being round instead of flat.

Another first, is that he is one of the original characters shown to have thought processes through the use of character animation. These thought processes are showcased in a landmark scene from 1934’s Playful Pluto, in which he becomes stuck to a piece of flypaper and attempts to figure out a way to get him unstuck.

In many of the films where he has been outshone by other animals and pets, Pluto is known to get jealous and act out of character. Whenever something goes amiss and Pluto is caught in the middle of the mess, Mickey will automatically scold him without looking at the whole picture. However they always make up in the end because Pluto is Mickey’s best pal!

Until the 1950s, he was a common character in many of the short films. However as the Disney Studios began to focus more on feature length animation, the beginning of television, and the conception, planning and building of Disneyland, Pluto’s career in films would cease. His last theatrical cartoon in the original Mickey Mouse series was The Simple Things.

He eventually returned to cartoons in 1990 with the release of The Prince and the Pauper.

What’s significant about Pluto to the legacy of Disney?

From being showcased in many of the Mickey Mouse shorts, he was automatically known as Mickey’s pal and therefore a lot of Mickey’s popularity was also shared with Pluto.

He remains one of Disney’s most profitable and recognisable characters, appearing in every incarnation of Mickey Mouse, and across all forms of media. He is one of the six leading characters of the Walt Disney Company and is everywhere in the parks.

That’s it for now.

After finishing my re-read of Cranford, why is it that the classic I feel like reading has to be one of the chunkier tomes on my 'classics' shelf? In this respect, Cranford has a lot to answer for!! #books #bookstagram #bookblogger #classics #fiction #dickens #pickwickpapers #tbrbooks #tbrpile
Dogs are finally quiet, washing is sorted out, and I can finally sit down with some crochet and an audiobook. Thanks definitely goes to @ishouldreadthat for reminding me about the pleasantness ot Cranford! #bookblogger #bookstagram #classics #currentlyreading #audiobook #crochet
Someone is stealing my heart 💖 She will also be the reason I probably won't read or craft much for the rest of the month. #puppy #cutedistractions🐶💕 #springerspaniel
Still a little peeved that I never get to be involved with World Book Day anymore, and I'm a day late (oops), but there is no better book to celebrate this time of year than a book about books! I've only read nearly 90 pages of The Unlikely Escape of Uriah Heep so far but I'm loving it!! #books #bookstagram #bookblogger #fantasyreader #magic #notenoughshelves #fantasy #booksaboutbooks #classics
Have a messy shelfie of a bookcase you rarely see on my feed! It isn't usually like this but the downstairs is turned upside down at the minute from repainting. This is the family bookcase, although my classics, detective fiction, and my newer Harry Potter editions take up most of the shelf space! What a surprise!! #books #bookstagram #bookblogger #classics #fiction #bookshelves #messyshelves
Ah, c'est ma préférée ! La musique de Disney en français ! 💖😍 Being cooped up in my room thanks to the decorating downstairs will definitely be more pleasurable with this playing non-stop. #disney #disneymusic #french #les100plusbelleschansonsdisney
%d bloggers like this:
%d bloggers like this: