Hello and welcome back to DLP at 25.

For this instalment, I want to leave the fun and magic of the parks and return to the hotel complex so we can all relax in the Newport Bay Club Hotel.

All the hotels in the complex play on the theme of ‘Americana’ and for the Newport Bay Club, Imagineers and architects were inspired by 19th Century New England, and the pleasure hotels that dominated that period. Their size recalled the structure and self-sufficiency of cruise ships, and combined with the design of the recently developed Yacht and Beach Club resorts in Walt Disney World, the nautical theme of Newport Bay Club was born.

From the lighthouse on Lake Disney in front of the hotel, no detail was spared to make sure that the theme ran throughout in a myriad of ways. Now with all the recent updates to the décor, everything is brighter than ever, bringing back that Disney sparkle and expectation.

As the biggest hotel in Disneyland Paris and one of the largest hotels in Western Europe containing 1,098 rooms, it certainly has the space required to make guests feel right at home. Set right at the top of Lake Disney, the hotel is far enough away from the park to express and contain its own peaceful identity yet still be rich with Disney charm and warmth.

This is the first Disney hotel I ever stayed in and it has a huge place in my heart. Next to the Disneyland Hotel, it is my favourite as it boasts these large areas that are light, simple and welcoming. I can easily spend quite a lot of time in there just relaxing and replenishing all my energy before walking back to the park. Due to its light airiness, it almost feels cooler during the summer months when the heat is too much to bear.

Along with its fantastic amenities, the Newport Bay is also home to two fantastic buffet restaurants with the Yacht Club and Cape Cod. On a few occasions when we weren’t staying in the hotel, my family and I would still go and have a meal in either restaurant, taking advantage of that welcoming nature that is prevalent throughout. 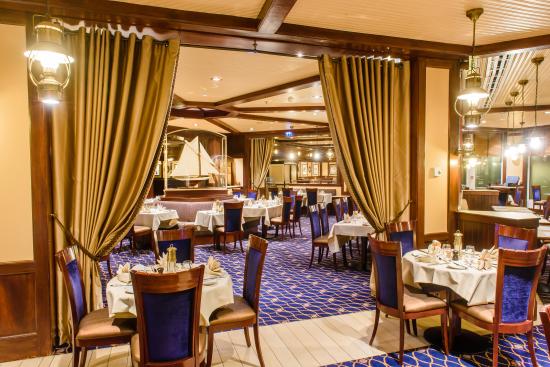 We’ve also had some great and helpful cast member interactions with this hotel and in terms of where I stand, that makes me want to stay there more. On that first trip, a few of the CMs were great when it came to providing accessibilities and patience with my little sister, and I’ve not come across that in any other hotel but the Newport Bay so it is affixed in my mind that this truly is the hotel I’ve come to prefer over the years.

On a vain note, I love to photograph it during the day or night. Especially at night with the façade lit up in yellow lights, and its reflection on Lake Disney, it looks spectacular and completely magical.

What are your thoughts?