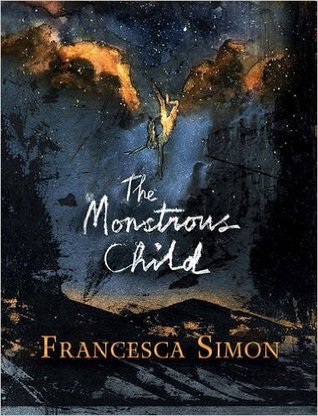 Before you reject me,
before you hate me,
remember I never asked
to be Hel’s queen.

Meet Hel, teenager and Queen of the Dead.

Daughter of a giantesse and a god. Sister to Fenrir the wolf and Jormungand the snake.

This is her testament.

Hel never wanted to be queen, but being a normal teenager wasn’t an option either. Now she’s stuck ruling the underworld. For eternity. She doesn’t want your pity. But she does demand you listen. It’s only fair you hear her side of the story…

I’ll come out and mention right now that I didn’t particularly like this book and DNFed it at around 120 pages in. I’ll make my reasons clear, but it does mean that my opinions are not going to be encompassing of the whole story. However I do think that had I read the entire book, my thoughts would stay the same.

With that out of the way…

What instantly struck me with this book is that we instantly get thrown into Hel’s story, her character, and her subjective view of the world. We are also told within just a couple of pages that she is unwanted and an ‘it’, and that isn’t something she will get past. Suffering from that emotional abuse, she becomes stubborn, determined, and opinionated, demanding the life she truly deserves. Usually I would be sympathetic to that, and I was to an extent, but for me, the way she narrates her story turns her into an unlikable character. I didn’t like her sarcasm and all she does is whine and moan. Her desire to be heard is relatable, and perfectly natural, but it is all she does, giving me the impression that her reactions were solely there to be read instead of actively pushing the plot along.

Secondly there was nothing in the way of description of setting. I didn’t realise I was reading a book based on Norse mythology until the author casually name dropped ‘Asgard’ into the middle of a sentence. That took me by surprise and not even in a good way. On top of that, we spend time in different locations but are not there long enough in each one to get a good enough feel of Hel’s surroundings, and how she as a character productively relates to that.

I’m not going to throw in spoilers but from what I did read, the story as a whole was just bizarre. Combined with the rather jumpy writing style (lots of short sentences and lack of smooth transitions between chapters), it reads as if Francesca Simon is trying far too hard to emulate how a young, modern teenager thinks and speaks. For me, it is immature and a little excessive. I don’t know if that is what she was going for, but it doesn’t work and its simplicity almost seems a bit insulting.

Ending on a positive note, I do particularly like the cover art. It is dark, intriguing, and sinister.

Have you read this book?
What are your thoughts?

Thanks for reading and have a good day.
xx