It has been a few months but here I am again with another Disney tag. This tag today has been created by Mandy over at Mandy Jean World and she has kindly tagged me in what she calls the all-time toughest Disney tag yet.

They are brilliant questions and ones that move away from a lot of the generic-style questions asked in a lot of tags.

Her rules for this tag are as follows:

With that out of the way, let’s get started:

Q1. Who is your all-time favourite Disney animator, and why?

I’m going to go back to classic/early era Disney animation and say Frank Thomas, one of Walt’s Nine-Old-Men. I really like his style of animation and some of the scenes he animated are a lot of my favourites – Bambi and Thumper playing on the ice, the spaghetti sequence in Lady and the Tramp, Merlin and Arthur as squirrels in Sword in the Stone, and also the dancing penguins in Mary Poppins. I remember him saying in one of the Mary Poppins behind the scenes clips that he had to make the penguins do different tricks because Dick Van Dyke kept ‘squashing’ and ‘standing’ on them as he was performing, so I think it shows Thomas’ versatility as an animator that he could re-animate the penguins in different ways.

Q2. What Disney era is your all-time favourite, and why? (i.e Golden Age, Renaissance etc.)

Mine is the 90s Renaissance Era because it is the era I was born in, and although I wasn’t brought up with all of the films, quite a few of them are now well loved. The musical scores from this era are also my all-time favourite.

Q3. If Walt Disney were alive and you were allowed to ask him ONE question, but ONE question only, what would you ask him?

Which of the current animated films would you like to have contributed to?

Q4. Who is your all-time favourite Disney director, and why?

Ron Clements and John Musker. I know that they’re obviously two different people but they work as ONE team. They’ve directed a lot of my favourite films and Ron Clements was also one of the animators who worked on the original Pete’s Dragon and I think that is one of the most overshadowed live-action animation hybrid films at the moment.

Q5. What is your all-time favourite Disney song, and why?

I don’t have an all-time favourite Disney song as it changes regularly but one that I have so much love for at the minute is Proud of Your Boy from the stage production of Aladdin. The melody is beautiful, the lyrics are powerful and it’s so full of emotion. It was also one of the last songs that Alan Menken co-wrote with Howard Ashman

Q6. If you were forced to erase ONE Disney movie from history, which would you pick, and why?

Chicken Little. It might have helped Disney to move onto CGI but from the bits I’ve seen, I really don’t like it. To me it screams more Dreamworks than Disney.

Q7. Which Disney Park from around the world is your all-time favourite, and what makes it stand out from the others to you?

I’ve only ever been to Disneyland Paris, and to me it stands out because the park and I have that shared birthday. I know I’ve mentioned it a few times before but it makes it a truly personal and special place for me. I’d been asking my parents to go there for years so when we finally went for the first time back in 2005, it was like a dream come true. It’s also where my family and I spent our first holiday outside of the UK so it holds a lot of memories.

Q8. You have only 30mins to spend in Disneyland before you’re magically whisked back home by a portal. What do you do with that time?

I would walk around Main Street USA and just soak up all the park atmosphere. Plus, I might catch the parade and I always love watching that when it goes by.

Q9. You get to choose ONE Disney heroine to join the official line of Disney Princesses. Who do you choose and why?

I’d easily choose Giselle because she is the perfect combination of all the traditional and modern princesses. She has this classic elegance and dreaminess about her, but she also possesses the curiosity, stubborn determination, brilliance, and vulnerability that we see with a lot of newer heroines. She’s very well rounded as a character and I adore her so much.

Mulan. She’s a great character and role model but to me she is more of a heroine than a princess. I also don’t think she fits that well into the franchise even though it is the only way she gets any decent promotion and recognition.

Q11. What is your all-time favourite under-rated Disney movie, and why? (“Under-rated” meaning movies you don’t see or hear about these days… Like, ever.)

A lot of my favourites are underrated but I’d have to go for Basil the Great Mouse Detective. I first watched this film when I was in the height of my Sherlock Holmes obsession and I loved it. Everything about it is fantastic, especially the animation and the voice acting – Vincent Price as Professor Rattigan is classic! It’s one film where I love the whole cast of characters and for me that’s really rare.

Q12. Which Disney villain do you feel is the most misunderstood, and why?

Hmm… I think that would have to be Captain Hook. Whilst he is a villain, his frustration with all the other characters easily getting what they want makes you want to sympathise with him. What I’m curious to know is why on earth did Peter Pan cut off his hand in the first place? If I was in Hook’s shoes, I’d be peeved.

Q13. You can only choose ONE Disney animal to be your pet. Who do you choose, and why?

Figaro. As much as I love the Disney dogs and horses, I am cat person. Even though Figaro does not have a huge presence in Pinocchio, I love him a lot and I always found him fun to watch. He’d be incredibly adorable as a living kitten.

Q14. Who is the ONE Disney character you can relate to most, and why?

Belle, mainly because of our shared love for books. I also do live in a small village that has a tendency to be a little narrow-minded and judgemental towards me and my immediate family (my younger sister is one of the only Deaf people in the village, so there was and is always someone making ignorant remarks and being cruel). Belle also made it okay to be different, and be proud of being who you are, and that still sticks with me.

Q15. Finally, the toughest question of all… What is your favourite Disney movie of all time, and why?

This is not actually a tough question for me at all because my favourite has and will always be Beauty and the Beast. I adore the score, the complexity of the story and the characters, and the underlying messages are some of those that are really important to me. What I also like and find very moving is the tribute to Howard Ashman at the end of the credits:

Knowing that he was instrumental in all parts of the film gives it an added meaning for me and makes it that bit more powerful. 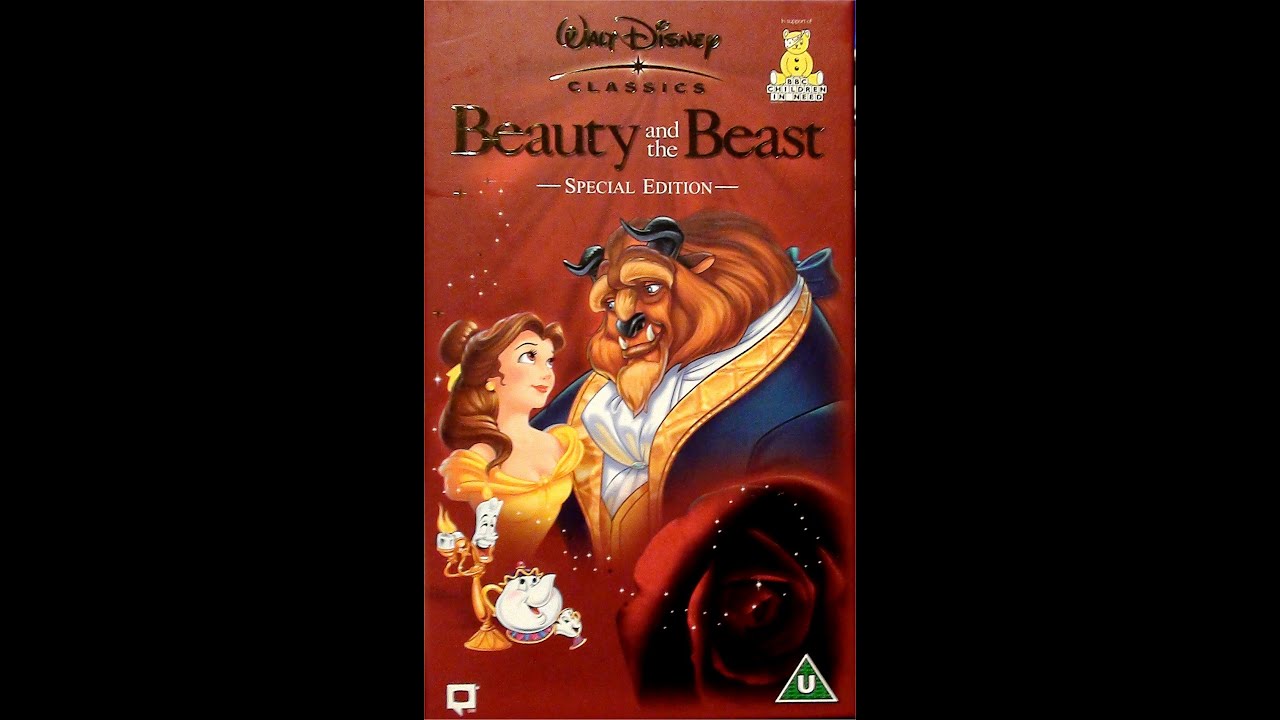 In total I think this took me over an hour.

Hannah over at courage and kindness

Charlie over at That is the Spell

Josh over at That Disney Dude

Thanks for reading and have a brazzle dazzle day.

One thought on “The All-Time Toughest Disney Tag Yet.”