There are many book tags that have been making the rounds recently but the ones that really get me excited are those that combine both Disney and Books! I found this tag based on Mulan on Kirsty and the Cat Read, and whilst Mulan is not my favourite Disney film I couldn’t resist giving this a go.

1. “When will my reflection show who I am inside?” – An inaccurate book cover that doesn’t really reflect what the book is about.

I don’t really think that any of the covers for the entire Selection Series are reflective of the book’s content. Whilst there is the competition to see who can win the hearts of Prince Maxon, which ends up with the participants in dressing in frilly dresses, there’s an important political aspect to the crown and the world. At the end of the day the characters are living in a dystopian society with everyone split into castes and that aspect is completely ignored. Plus, what is it with YA fiction and the need to plaster a fake looking girl on the cover and pass it off as the protagonist?

I think Emma Carstairs has a lot to prove herself and not in terms of being one of the best shadowhunters since Jace Herondale. She can train and train but that isn’t necessarily going to help her remove the weights on her shoulders.

3. “I’ll make a man out of you!” – A character who develops the most or a book with some kick-ass training scenes. 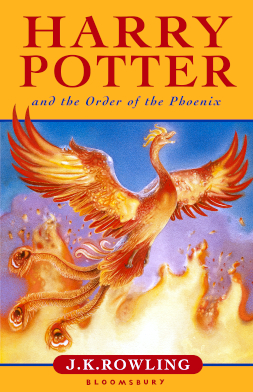 The entire Harry Potter series in general fits both aspects of this question but I think it truly shows itself more in the Order of the Phoenix. For one, Neville really comes into his own and there’s the creation of Dumbledore’s Army, fighting against Umbridge’s rose-tinted perception of the Wizarding war.

4. “A girl worth fighting for,” – A ship you will defend until your last breath.

To me there is no relationship that can top Elizabeth Bennet and Fitzwilliam Darcy. Their journey is one of exploration, realisation, and it possesses a deep love that doesn’t show itself until later on in the novel. That’s realistic for a relationship and it is certainly superior to what we tend to see in modern contemporary novels.

5. Huns – A book/character that gives you the creeps.

Dr Victor Frankenstein gives me the creeps. He’s the true monster because he doesn’t care about what happens to humanity. It’s all about him and his ego and that is not the price to pay for his warped idea of medical advancement.

I’m not going down the typical path with what we now tend to class as a ‘badass’ character, particularly within YA fiction. Badass implies strength but there’s so much more to quite a lot of important female characters than just being physically strong and able to kick attackers to the ground. For me, Jo March is the epitome of this because me possesses more of what is truly important – inner strength and the determination to strive and achieve her dreams. She attacks her doubters (male publishers) with words and uses what’s in her heart to continue writing. There’s no ego, no selfish motive, and no shallowness to her character. She also recognises her flaws, and that is something I don’t see a lot of.

For this I tag:

and anyone else who wants to do it.