When we were growing up and watching Disney films for the first time, there were always certain ones that we would constantly re-watch time and time again. It didn’t matter that there were others to experience and enjoy, those films would always remain on the back burner whilst we plunged head first into worlds that we knew and loved.

I know that I had five particular classics I would always re-watch and never tire of. Thinking about it, these were the films of my childhood. I might not watch some of them as much nowadays but when I do, I’m filled with nostalgia and childhood innocence that completely takes over any other thought I may have.

Here they are, in no particular order:

Beauty and the Beast.

Ever just the same, ever a surprise, ever as before, ever just as sure, as the sun will rise! My favourite film of all time was the favourite film of my childhood. I’ve most likely said this a number of times before but it was the only vhs (next to Pinocchio – my sister’s go to Disney film) that we had to replace because it was watched so much. 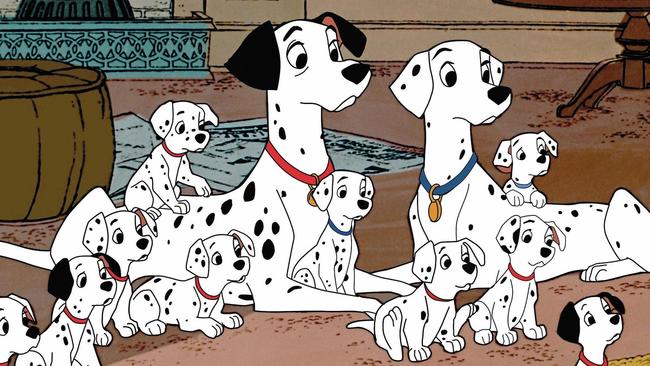 I think mine and my sister’s childhood obsession with dalmatians came from both these films. The charm and the action of both were easy to fall in love with, and the antics of the puppies, and Horace and Jasper always kept both of us laughing.

The Fox and the Hound:

It wasn’t until my mother said something a couple of days ago that I remembered watching this a lot as a child. This film was one of the only Disney videos that was kept at my grandmothers and because I practically lived there until I was 4, it was watched most weeks. There is something really pure and innocent about the friendship between Tod and Copper, and I know for me it is one of the first Disney friendships that always sticks in my mind.

The Many Adventures of Winnie the Pooh:

Winnie the Pooh was a huge part of my childhood, whether it was through the Disney videos or through the original books by AA Milne. I would read the poetry books before bed, I’d sing along to The Hundred Acre Wood whenever I put the disc into the computer, and I’d laugh along with my sister as she pretended to be Tigger whenever she wore her Tigger onesie pyjamas. To us Winnie the Pooh is a captivating and loving character who is fun and cuddly and has truly never left us.

Lady and the Tramp:

Besides any of the dogs in 101 Dalmatians if you asked me who is my favourite Disney dog, I would say Lady. I also liked Tramp because he shows you that you can have a rough exterior and have a warm, caring heart – I think I must have seen a bit of the Beast in him. I also remember getting rather excited by the tiny Lady and Tramp plushes that came as a promotion with the video’s release (Tramp still graces one of my Disney shelves), and when dvds were first produced, it was one of the first ones I wanted.

So there they are – the Disney films that were my childhood and constantly gracing the tv screen.

What were your go-to Disney films?